Maria has now been gone for 10 straight days. She has reached out to Jon or I maybe two times over that period. She is loving life with her grandma and her cousin as they engage in a road tour of the South to visit their cousin in Savannah. I am grateful for Patty giving the girls this experience. I’ve seen Instagram photos of Tybee Island, the Savannah Riverwalk, homemade pizzas, and Gatlinburg. I cannot wait to hear the handfuls of stories when she comes home.

Meanwhile, Jon and I were left with a single child: Mario. It is initially strange to have only one child in the house but after a few days, it starts to become the norm. It’s as though she’s off at college – we miss her here and there but know she’s doing her thing. When Ri has been gone a few days, Mario visited me at work. We were riding the elevator down to my first floor lobby when he commented “yea, it’s kind of nice being the only child.” He gets all the attention. He doesn’t have Ri bossing him around. He can eat whatever he wants (Jon has little oversight).

He is a fun kid, and we enjoy hanging together. We played a lot of one on one basketball outside (and mini-hoop inside); hit the pool with Jon; went to my work and got Nutella sticks (his favorite); walked the pup; and played baseball.

He asked to travel to Cincinnati with me this past weekend to see Sarah read from her book at Joseph Beth bookstore. He didn’t even complain when I made him listen to a StoryCorps podcast with me for 30 minutes on Ghetto Life. At one point during the podcast, Jon called, so the podcast stopped. After I got off the phone with Jon, I looked at him and asked if he was ready to stop the podcast? He shook his head no and told me to keep playing it. I’m not sure whether he was truly into it or whether he just wanted to make me happy. He is super affectionate with me – even at age 10- and enjoys making me smile.

I took him on a tour of my old Clifton neighborhood. He got to see Calhoun Street and the house that I lived in for a few years on Fairview Avenue. He even indulged me and got out in the 90° heat to take the steps down to the park. Unfortunately, the steps were covered with tall weeds and grasses so we could not make it down. He also got to experience Findlay Market – a place I went to every once in a while with my mom but is a mecca for my sister. She often went there with my mom as a young girl. She and Jorge were sipping on coffee when we arrived. We walked around to the sellers’ stands and checked out what they had to offer. Mario noticed a guy selling fedoras. He was a large black man sitting on a stool with a sweet-looking tan fedora on his head. He looked at Mario and chuckled “you got a little head boy. I don’t think my fedoras will fit you!” Mario smiled and tried one on anyway. Sure enough, it fit pretty good. The man looked at Mario and started laughing. “Well, you proved me wrong, son. Your head is bigger than I thought!”

We bought that fedora up in no time as we chatted it up with the gregarious seller. We then headed over to the succulent plant stand and bought me a couple of succulents. Mario encouraged me to stop when I hesitated in the walkway telling him I really didn’t need one. “Come on mom, they are cheap and they make you happy.”

After the market, we headed to the Underground Railroad Museum. What a powerful place. Mario walked around with me reading about historical slavery, reading about the abolitionists, and reading about modern slavery. He had so many questions around the modern slavery exhibit as it relates to sweat shops in Third World countries and human trafficking. I was brutally honest with him and we had a good conversation outside on the balcony.

After the museum, we had about an hour before we had to head to the bookstore. Sarah invited us to go to their hotel pool. Mario begged me to do it. Of course, I would allow him, I just did not want to go in myself. But he suckered me into it and so we sat in the hot tub and swam in the pool together before the bookstore. 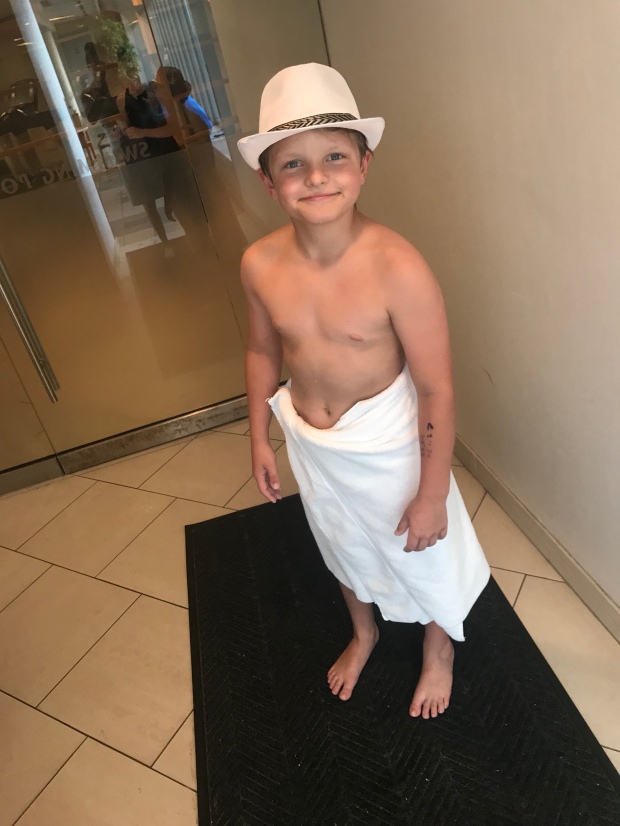 He was a gem at the bookstore, taking care of his cousins and talking with my family members. He enjoyed hanging out with his boy cousins who always roughhouse with him. He also got to see Rod’s new red Corvette. He found a couple of books that looked interesting, and asked if I would get them. My Aunt Julie, the teacher, had a gift card for the bookstore and gave it to me in order to buy his books. What a doll. On the way home, I made him read a few pages from his new book. Then, I allowed him to watch his YouTube videos while we ate Wendy’s burgers driving up I-71. 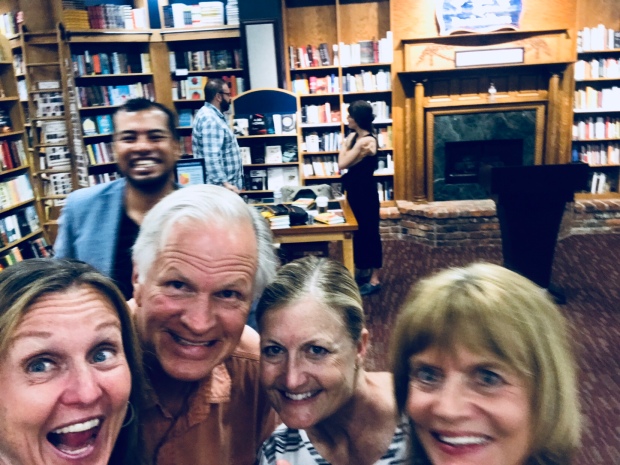 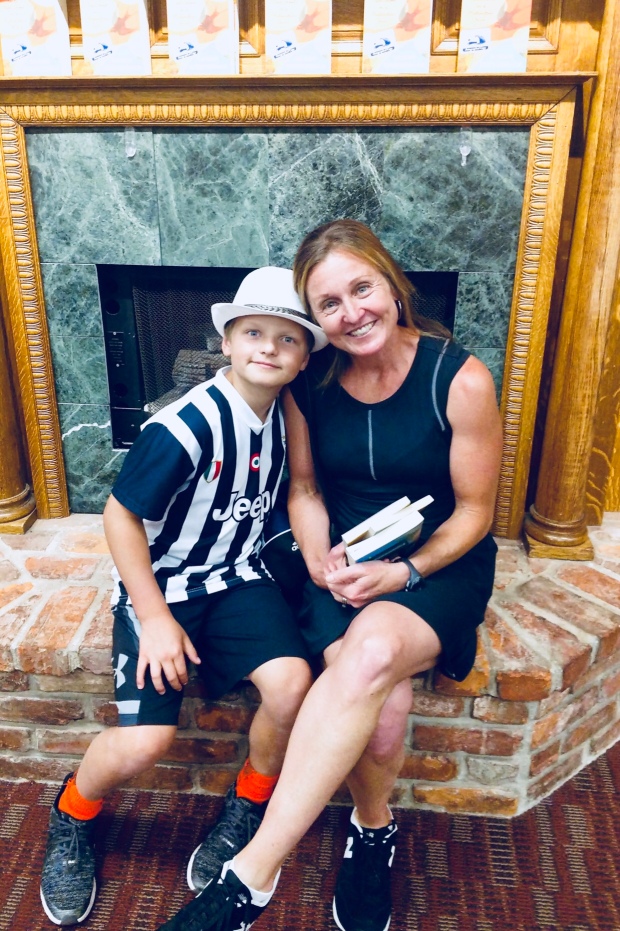 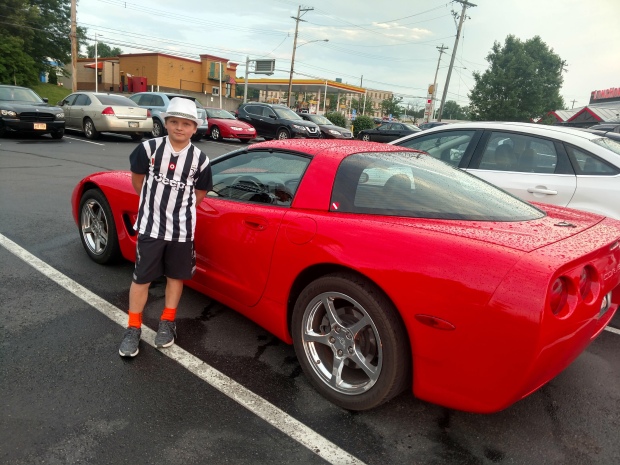