We have been busy the last couple of weeks so I thought I’d wrap it up in one concise post! Here we go:

1. Ms. Elena visits! I guess I should mention Satah and Jorge came, too, but all we cared about was Elena. Actually, not true. Mario loved shooting hoops in his bedroom and out back with Jorge and Ri loved talking about anything with Sarah. I loved eating Elena’s cheeks. 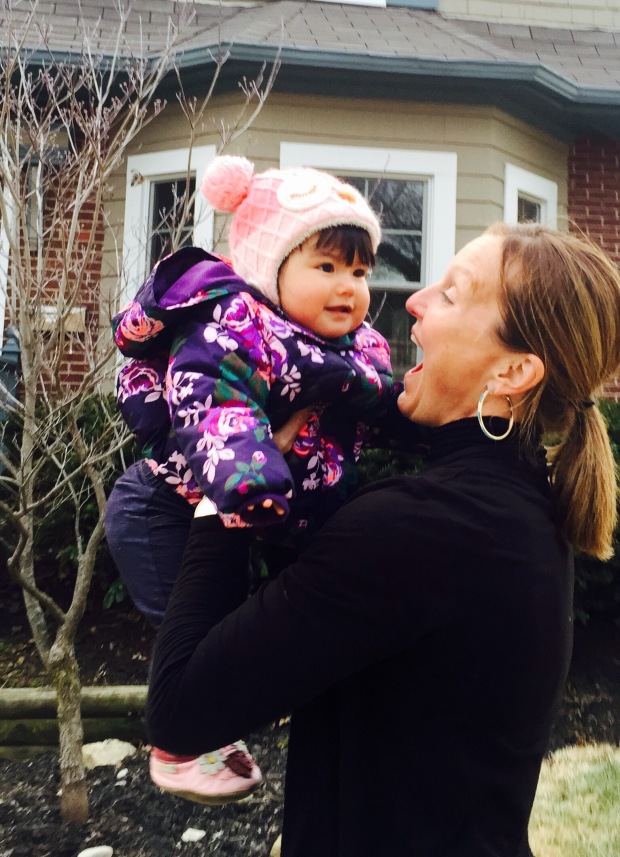 2. Meg and dad visit! They came in to take the kids to the Franklin Park Conservatory to see the butterfly exhibit. They loved it and Meg and Dad got some great photos (but I’m still waiting on them to send them my way…). Then we met up at the park for some ultimate frisbee – that was ultimately pretty pathetic – but fun. I know where my active genes come from: I love that we have an hour to spare and we run around like mad.

3. Tether ball tournament. Ri mentioned that her school had tether ball and Jon made a pit stop on our way home. The man has some mean tether ball skills. He whooped on all of us. Ri and I escaped without injury but poor Mario got a ball in the face, which had to sting since Jon has quite the swift hand. He eventually forgave Jon and wanted another shot on him. But no one can beat the king.

4. Playground gymnastics. Mario and Ri and I showed off our flips and splits; I hung in for a while but then they showed me up.

5. China night at Mario’s school. Mario had been talking about this night for a few weeks. He talked about the dragons he was making and the play he was going to put on with his class. He did not disappoint. We had to get there 15 minutes early because Mario “had to meet Blake” before the show began. All the two of them did was wrestle around the school yard. When we finally went inside, it was adorable. They had a panda picture stand and a passport for the kids to fill out at each room they went to in the school. Grandmq even got a picture with the Panda! 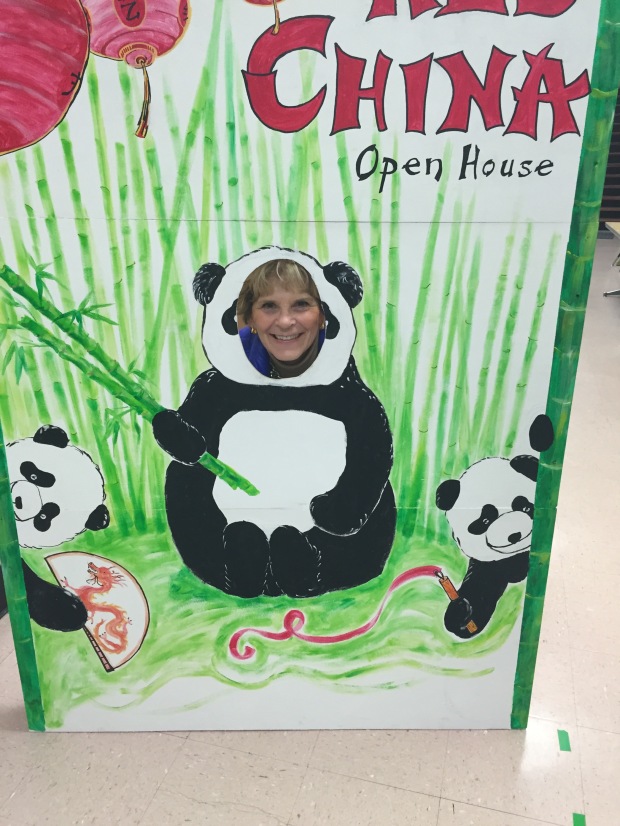 Mario taught us Chinese art, that dragons are good luck, and that red and orange are lucky colors in China. He also put on a heckuva performance waving a flag and singing and drumming a Chinese melody. It was hilarious to see all these boys hyper as heck all night and then get on stage and be somber and calm as they waved their drumsticks slowly and chanted Chinese lyrics. 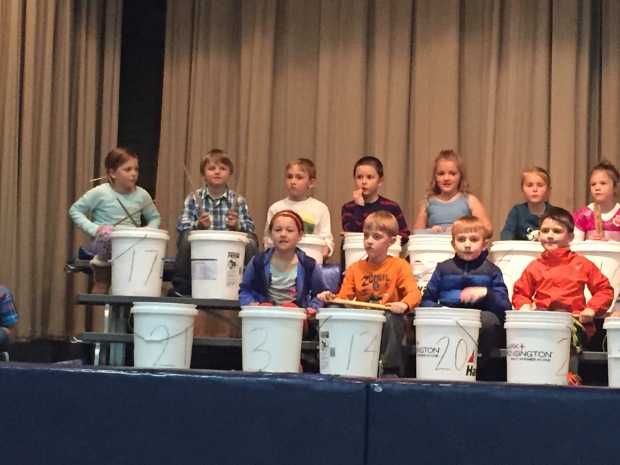 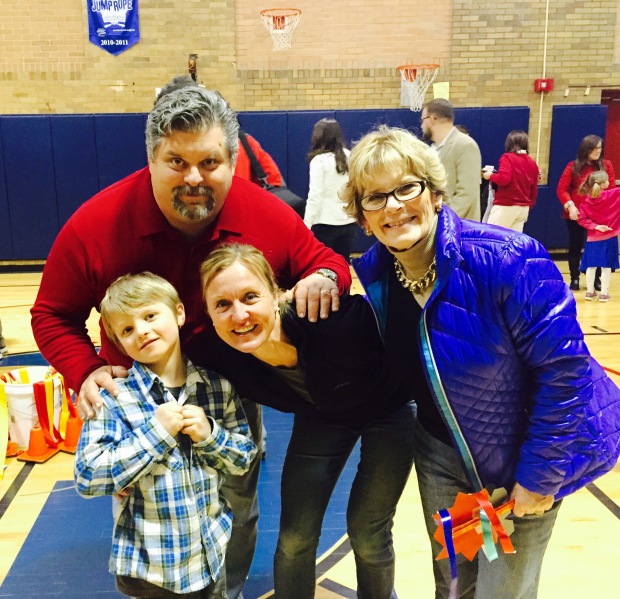 I love these school events. Mario was charged his Grandma came to be with him, too. We picked up Ri from soccer and let Mario pick the restaurant for dinner. We thought Chinese would be appropriate but he opted for Bob Evans. I couldn’t blame him – pancakes sounded really good after fried rice and tea.

6. We saw an owl! I’ve been trying to spot an owl for weeks – ever since a friend posted a picture of one on Facebook. She said she found it two blocks from our house. After three weeks, I finally spotted one a street over in an evergreen. I can’t believe I spotted him – he was a tiny little guy. I ran home and told Jon. We made the kids shorten their shower and get in their nighties and we all drove over to see the owl. I couldn’t get a good picture of it and was getting frustrated. Maria took my arm and consoled me. “Mom, we will have the memory and that’s better than a picture.”

7. Ri and her Girl Scout troop went to the YWCA to make crafts with the kids staying there. The girls did great with the kids. There was a girl making crafts who was in their same grade and afterwards we talked about how easy it is to find yourself in a situation where you need help. I think the girls really got it and talked about going again and helping out. Afterwards, we treated them to DQ. I had Kathryn, Ri, Lucia, and Gwen in the car on the way home and they sang top-40 songs and yelled hi to random folks walking down the street. Ahh, to be young and carefree!

8. An Ionno family visit at Rooster’s! We ate fried mac-n-cheese. Yes, it sounds wrong but oh, it is so right! Maria knows what to order!

Patty and Uncle Chris and Patrick and Carrie and Connie were there watching the Ohio State game. Tony was in town, too. when we walked in, he announced that he had just won $100 playing Keno, which is some gambling game you can play at the restaurant. Mario’s eyes lit up. He was hooked the rest of the time we were there. Meanwhile, Ri and Alana did up Tony’s hair. 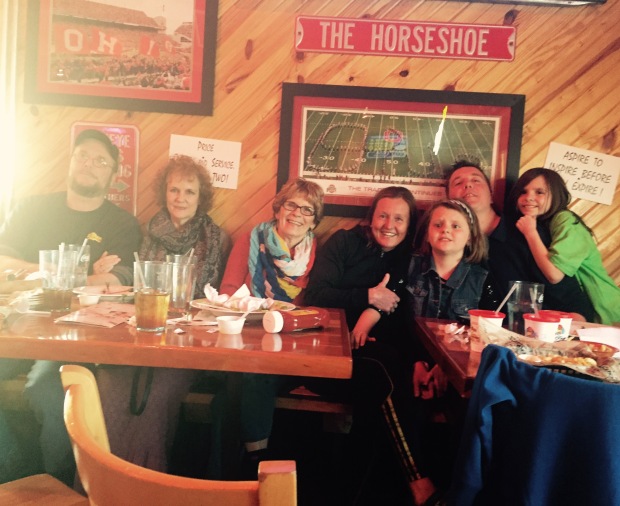 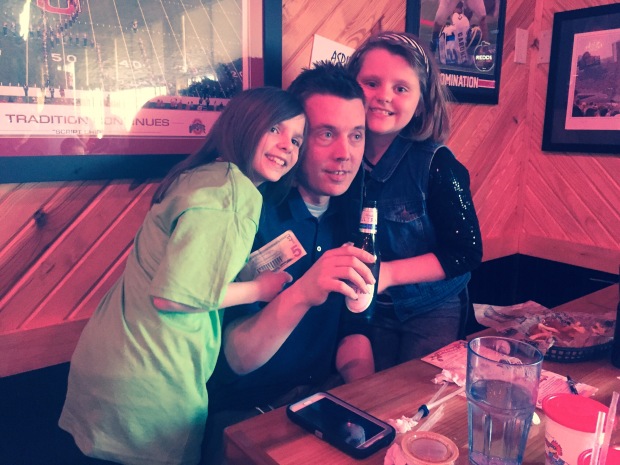 9. And finally, Ri got braces! She was a rock star through it – never crying once. I can’t believe how wide that tiny mouth of hers opened!

She chose red and orange rubber bands. She wanted a before and after shot of her teeth so she could send it to her grandmas. 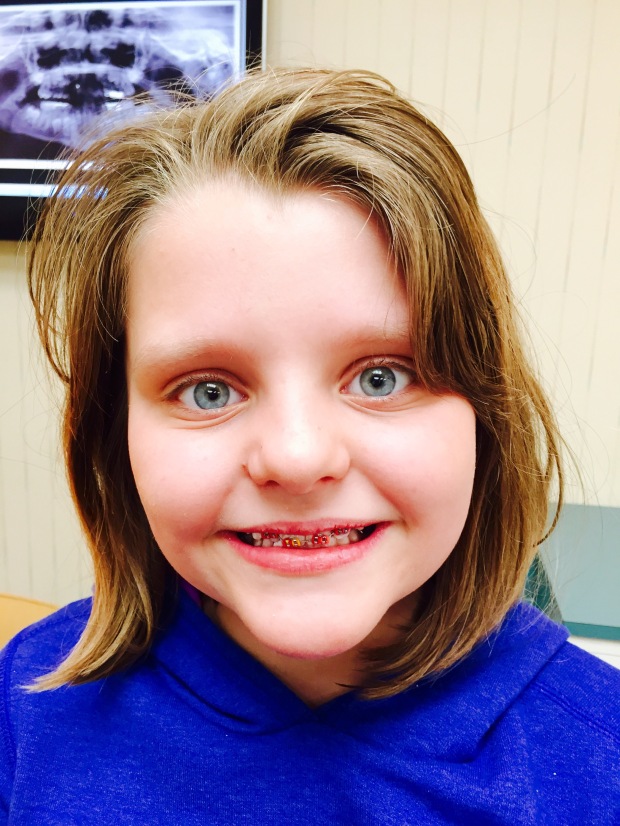