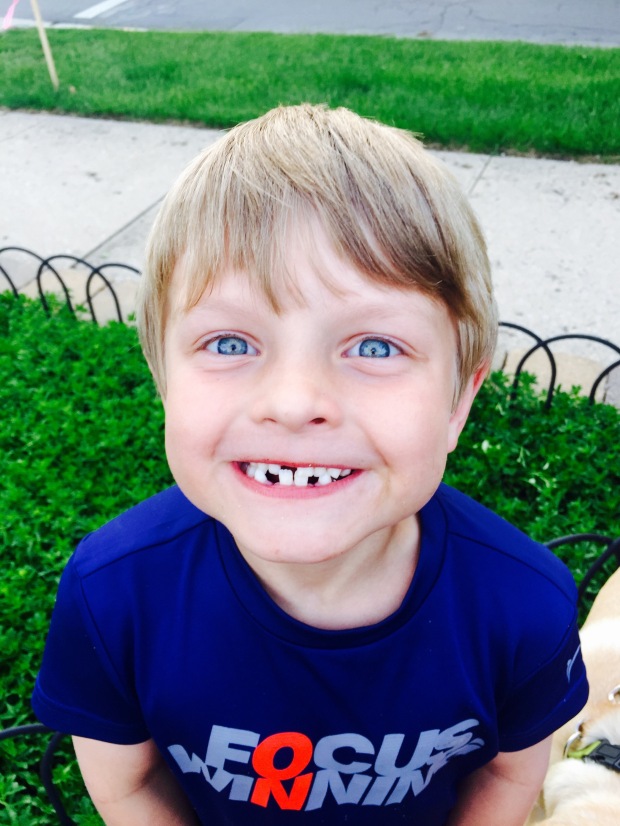 This kid didn’t lose a tooth until he was seven years old. He used to complain in Kindergarten that everyone had lost a tooth but him. Then this year arrived, and his friends were losing them like crazy. He would pull and wiggle all his teeth hoping he could loosen just one and it would fall out.

Then out of no where, he has lost three in the matter of a month. He’s a perfect jack-o-lantern. He is so super excited but we think we know why…. All along, I think he was less concerned about losing teeth and more concerned about scoring cash from the tooth fairy.

He got $5 with the last one so I have an inkling that he will be pulling at the remaining baby teeth with that skateboard in mind.