I love celebrating Thanksgiving. The gratitude and appreciation expressed for one another makes me beam. Everyone lets down whatever guard they may have erected and opens their arms to hugs. I must admit I was a bit concerned this year that my idyllic view of Thanksgiving may be shot to hell due to the recent election of Trump. But alas, it was not. All were polite. It was definitely more quiet than usual for a Heile get together … but Jon appreciated that peace.

Maria slaved over the favors for the family with me. We thought about what would be best for days before the event and finally landed on mason jars filled with a holiday mix.  We drove to Giant Eagle to try to find mason jars. I told Maria that I did not want to spend a bunch of money on the jars. She was determined to find a deal. We walked down an aisle and Ri exclaimed “here are 12 for $8.99!” I shook my head with approval and we grabbed two cases. As we turned towards the checkout, a woman approached us. She held two coupons for mason jars, and asked if we wanted them.  I was taken aback, as was Maria. What are the chances that somebody with a coupon for mason jars would be walking by us right when we are heading to the checkout? Life is crazy strange and full of surprises. And heck, we saved six dollars because of that woman; Ri and I were charged! A reminder to pay forward.

We arrived home to find Mario listening to music on the computer. We made him turn it off and help us decorate the mason jars, much to his dismay. But once he got started, he realized it wasn’t horrible. Maria enjoyed gathering all of the different foods we bought and mixing them together (while she taste-tested each one separately). She also decorated the mason jars and took her time trying to determine what decoration would look best for each person. I love how she put thought into each jar that she decorated; Mario, on the other hand, placed random stars and hearts on all his jars. 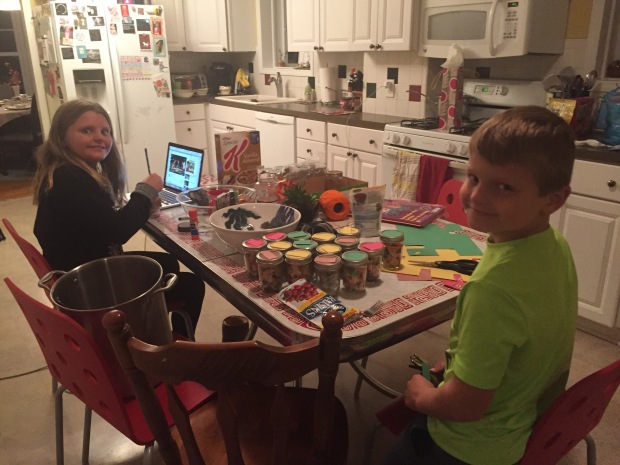 On thanksgiving morning, we drove down to the YMCA to serve the homeless man at the shelter. We have been doing this for about three years, and the kids thoroughly enjoy it. It helps that one of my long-time buddies runs the program and is really great with the kids. The men are also great with the kids – talking to them, thanking them for their service, and teasing them. The kids actively engage with them, especially Maria who sits down with them at their table and asks about their lives. One man approached me and told me how impressed he was with Maria in the way that she could talk to him and make eye contact. It made him feel special. 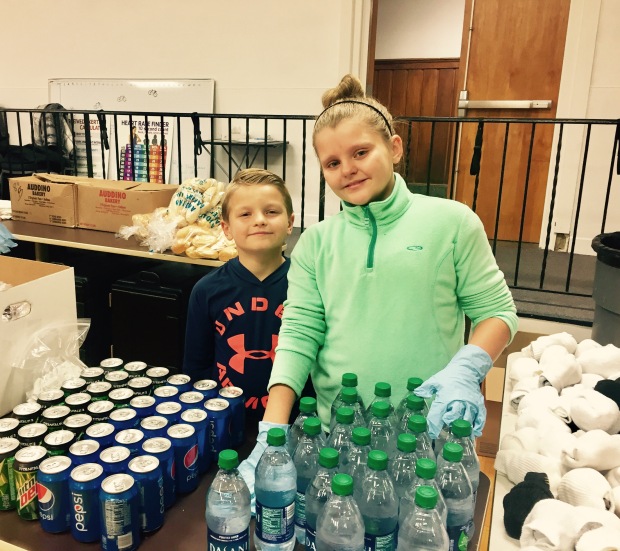 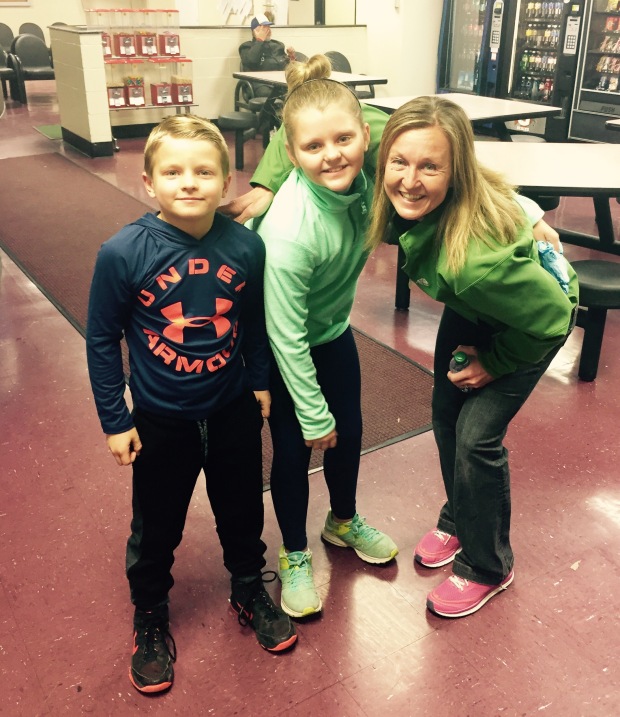 We got back home in time to shower and greet our guests from Cincinnati. They arrived with much good food and wine and treats. It was an easy year for us on the turkey front. Jon bought two of them from Ray Ray’s hog pit so we had nothing to cook. There is something to be said for going the easy route some years… (especially when Patrick isn’t around to help!).

Everyone mingled and got caught up on the latest news … and cooed over Elena before dinner. The potatoes actually took the longest this year because my mom had so many in the pot. It was starting to be a stressful situation but they finally came to a boil and we were able to mash them and get them on the table to be served. We chowed on our carbs and went into our annual daze. Folks on the couch watching football and folks in the kitchen cleaning up. 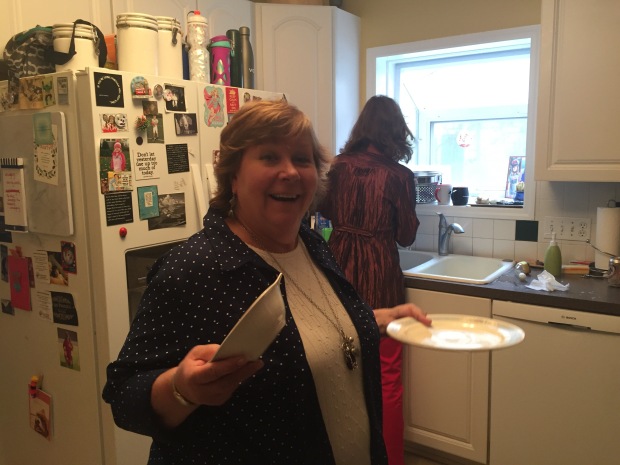 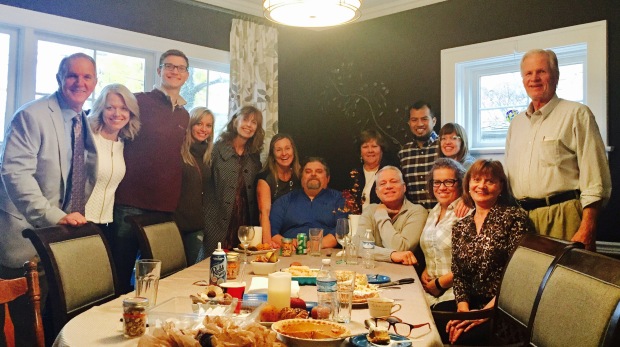 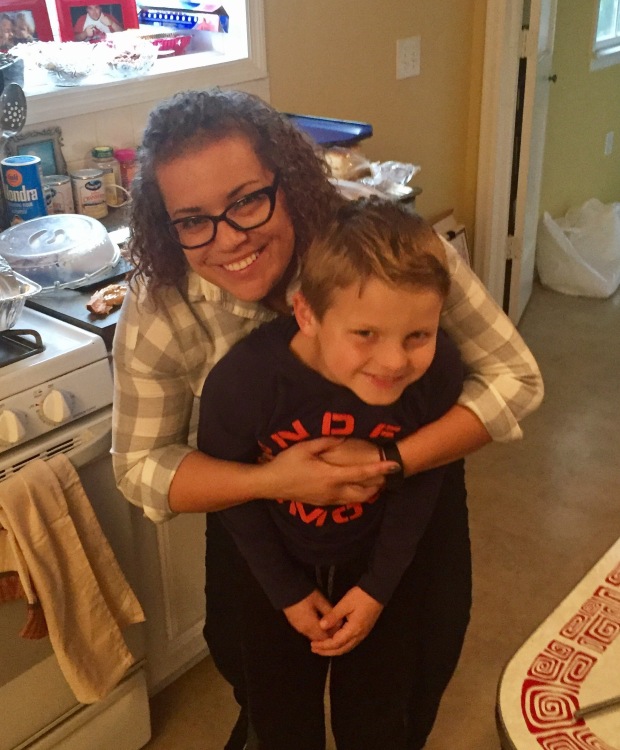 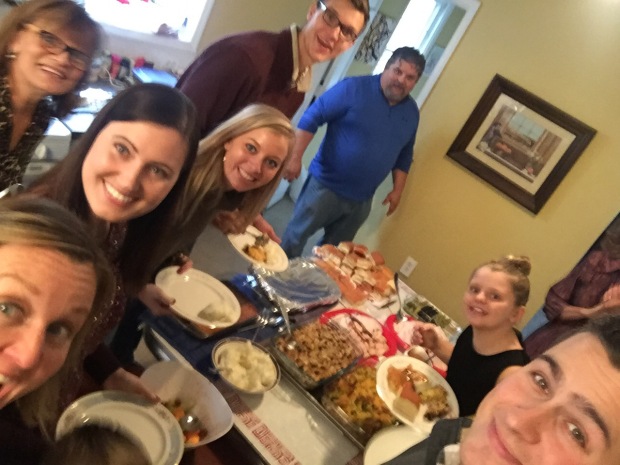 We went for our annual walk around the block after the dishes, which pleased Rocco greatly. Shortly thereafter, most of the crew left. But the diehard liberals stuck around to talk about their displeasure with the election … and Aunt Ann’s new beau. 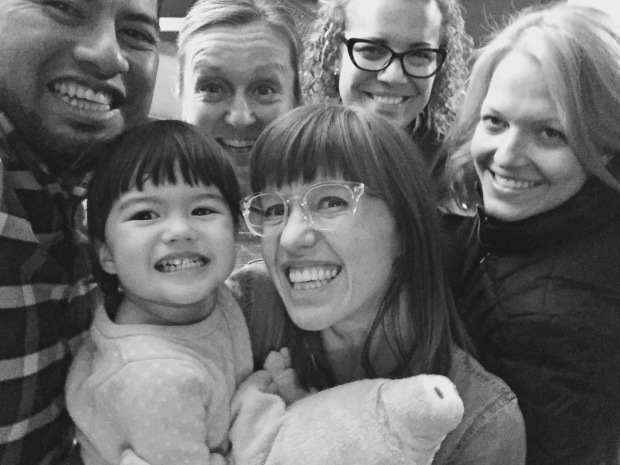 We capped the evening off by meeting up with Sarah, Elena, and Jorge at their hotel. We brought some snacks with us and enjoyed jumping on the bed and playing farm with Elena before she went to bed – definitely the highlight of the day for Maria.

There was no getting up at 4 AM to shop on Friday morning – we slept in letting the carbs run through our bodies.