I can’t help it. It comes naturally. My dad can’t sit still for more than a few minutes before thinking of the next place to go or task to complete. My mom gets antsy when she’s sitting around too long and takes the dog out for another walk. My aunt Julie does housework if she’s got a spare moment rather than relaxing with a book. So, I blame my constant motion on genetics.  And I have certainly passed it on to Ri and Mario.

We spent our Saturday moving from one activity to the other – in constant motion and flow. We decided to hit Cincinnati on Saturday since we had not visited my mom in a while. I came home from my morning workout to Ri and Mario eating delicate plates of French toast. Ri whipped up her signature dish using hot dog buns and strawberries for a twist. I need to enter her in a kids’ chef competition. 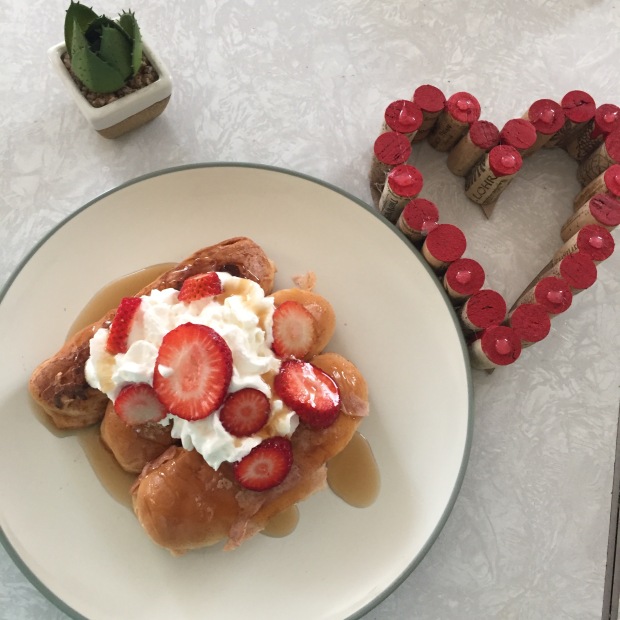 After I showered, I found them outside – Ri on her skates and Mario thinking up an obstacle course. We spent 30 minutes running through several different courses made up by both kids. When one was doing the course, the other was playing the mean coach role pushing the other to squat down lower and jump higher. Ahhh, I’ve trained them well.

After they had enough obstacle fun, they turned to me and said “let’s head to Cincy!” They grabbed blankets to use as sleds for grandma’s stairs and snacks to eat along the way (yep, like I said, I trained them well). We loaded up their play scripts and The Last Unicorn DVD and we were off. We didn’t even make it through the movie before we arrived at my mom’s house. She lives so close now.

The kids jumped out of the truck and ran inside to say hi to grandma and grandpa and Lou. After the initial greeting, they ran straight up the steps for their stair sledding. Ri rocked it on her first try flying down each step. Mario, not so much. He could not get the swing of it and kept stopping at every step. Of course, he took it with stride and just kept trying.

He got more and more frustrated to the point of nearly giving up. But Ri remained patient and caring and continued to try new positions that may help him fly. She finally nailed a position and off he went!

She, of course, continued to engage in all sorts of crazy poses since she had the speed down pat.

My mom had sent a picture of herself in a steam tent she bought during the holidays. Maria has been obsessed with this steam tent since she saw the picture. She was so excited to try it out. I didn’t think Mario would have an interest at all. However, I think Maria’s excitement seeped through Mario’s skin and he begged to try it, too. My mom got them towels and we headed to the basement. Ri went in first.

“Ahh, this is so relaxing. I could meditate in here.” 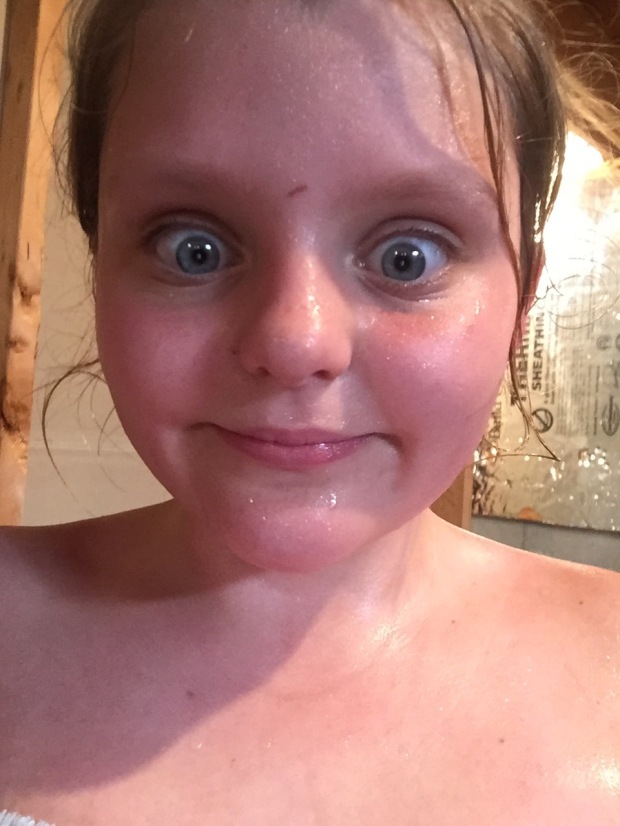 I knew she’d love it. We made her get out after a few minutes because the steam is taxing. She looked like a lobster as she climbed out. Mario didn’t waste a second and hopped in after her. He loved it. When he climbed out, he touched all over his face.

“All my pimples are gone and my skin is so smooth.”

It’s all about looks for him. The kids also tried mom’s facial steamer. Again, Mario did it over and over because he believed it was curing the “pimples” on his face (the boy has the clearest skin ever).

After the kids were all steamed up, we headed to the Whipdee Doo. It reminded me of the Dairy Whip we used to go to in Reading with my grandma and aunts. There were two little windows to order and a bunch of picnic tables out back. They had every topping available. Ri and I thought we’d died and gone to heaven. Waffle cone sundaes with cookie dough and hot fudge and Reese pieces…. 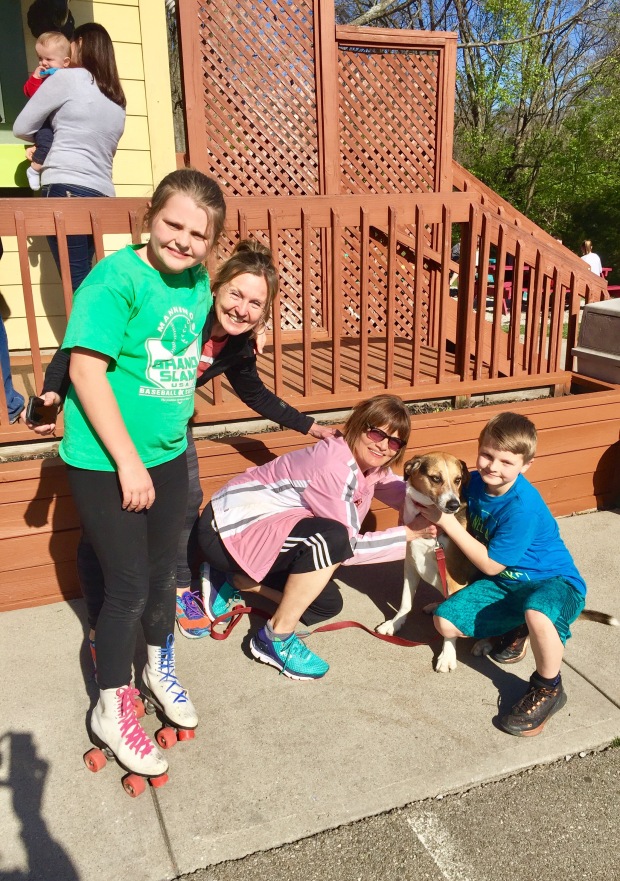 After devouring our ice cream, and the kids scaring Grandma by telling her they were going to rearrange the letters on the Whipdee Doo sign to spell “poop”, we took off to the bike trail. Ri had her skates and Mario had his bike. The trail was magical. The river flowed to our left and pastures of bright yellow flowers undulated in the distance. We stopped at a creek and the kids played on the rocks and on the bridge. 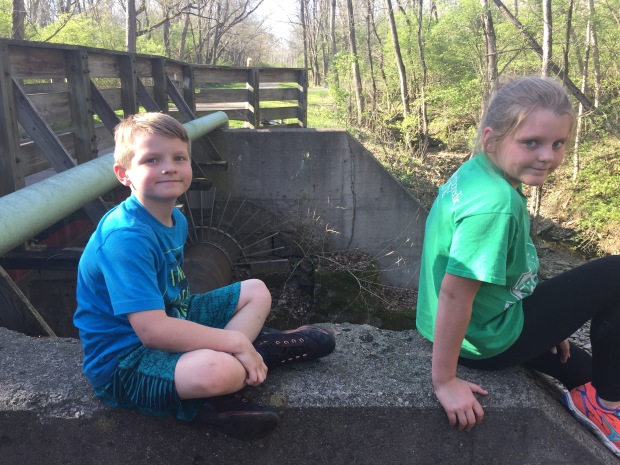 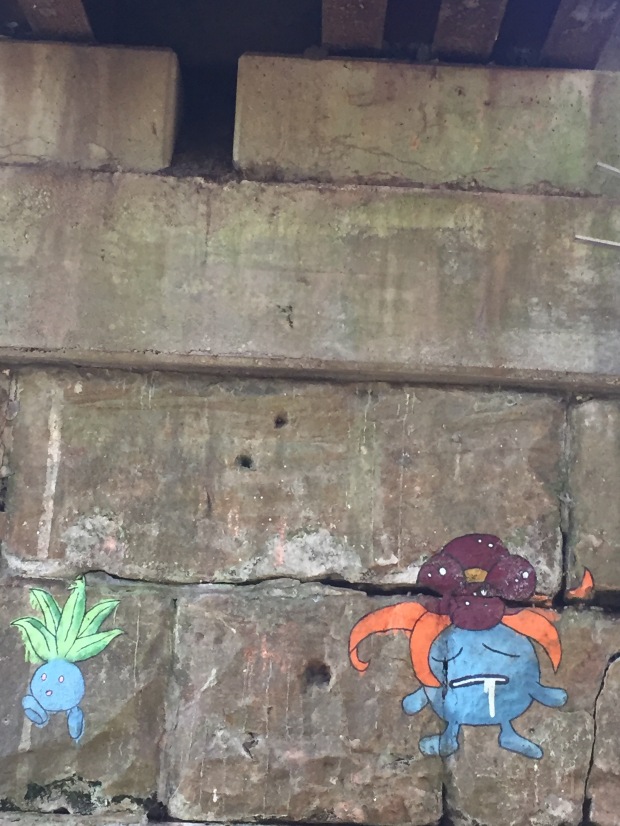 As if it couldn’t be any more idyllic, my mom called out that deer were crossing the bike path. We scurried up the creek bed and caught a glimpse of one of the deer crossing. The kids quietly skipped down the river bank to get a closer look.
We let them roam around in the pasture, all the while wondering whether deer can be aggressive when confronted. Oh well, if they can, the kids will learn….
After the deer viewing, the kids wanted to head back for another round of steaming. Addicted. And after the steaming came more stair sledding. They kept trying to create funnier slo-mo videos with each slide.

We ended the day with a mini Easter egg hunt in my mom’s backyard. In typical mom-like fashion, she wanted to make sure the kids got a $5 egg if they didn’t come down for Easter.

One more slide down the steps and we were off to Columbus. The kids were able to read a few of their lines before darkness hit and we only had the flourescent, towering highway lights to lead our way home.