Our baby girl turned 12 on May 2. It’s hard to believe that 12 years ago, I was walking around the hospital halls trying to break my water so that I could finally meet her face-to-face. What would she look like? How would she act? Would she cry a lot or be chill?

I had worked out the morning Ri was born – a 3 mile run and then weight-lifting and squats. I drove down to the doctor’s office for my 9 am appointment fully expecting to hear that all was going smoothly and take care until my next weekly visit. After all, I was still two weeks away from my due date. But surprise! As I laid on the table with legs spread and hands resting on my belly trying to feel Ri kick at me, the doctor peeked up from behind the sheet to calmly pronounce “you are dilated and effaced – you are going to have a baby today.”

My stomach ached with fear of the pain of birth, joy at finally meeting my daughter, anxiety about the contractions, excitement about this change in our lives. But mostly, fear of the pain I was going to go through since I was adamant to “go natural” with no drugs. My Aunt Terrie had given me her birth video from the 1990s and listening to it would make you believe that she was being tortured by every person in the room. I laughed while watching it at my 6 month mark but it was not funny any longer. This was the real deal!

The contractions came on the way to the hospital  with Jon (I drove home from my doctor’s appointment in order to take the dog for a quick walk and gather my things – Jon thought I was insane). They weren’t bad at all – just strange. Then they came every three minutes once we were in a hospital room. Still, they were tolerable. After an hour, the doctor recommended that they break my water and see what happens. They broke it at 12:30 PM and just over two hours later – at 2:41 – I got to make face-to-face contact with Maria Grace. I did not know what to think about those little black eyes staring up at me.

Was she actually going to call me “mom” someday? How did this come about? How was I, a “mom?!”

When I was pregnant with Maria, I read an essay by Anna Quindlen in Newsweek titled I’ll Never Stop Saying Maria. It hit me like a ton of bricks. I must’ve read it 20 times over and cried each time harder than the last. I had a rough relationship with my mom as a teenager. She and I would fight – and fight hard – over the dumbest things.  Harsh words thrown like grenades at one another. Slamming doors. Screaming and tears. I had similar fights with my stepmom as a teen. In looking back, you can reason it – you can see why it was all happening. I had a lot of emotions swirling around my teen body with my parents’ divorce, my move from my community, being apart from my baby sister. I didn’t process how I was acting, why I was acting the way I was, how I may be hurting people who had dedicated themselves to raise me. Was this how it would be with me and this girl growing in me?

At one point in my pregnancy, the fear of having a daughter was so great that I thought “I don’t think I will love her as much as I love my dog!” My dog wouldn’t scream at me and fight me to the death.

But then my daughter arrived.

The first few weeks, I would wake up terrified she was suffocating or choking on throw-up (too many 80’s horror movies). I would run into her room and jostle her to make sure I could see that she was breathing (I completely relate to Shirley McClane’s character in Terms of Endearment when she would pinch Deborah Winger, hear her cry, and then leave the room with a sigh of relief)!

In Quindlen’s essay, she argues that raising a daughter is a “complex matter.” She states:

Despite those who burble about someone to shop and chat with, the truth is that in their search for self, girls challenge their mothers in a way that boys rarely do. The ruling principle of burgeoning female identity seems to be a variation on Descartes: I am not my mom, therefore I am. Prudence Quindlen’s revenge, my father once called our youngest child, figuring she would give me the agita that I had given my own gentle mother. Certainly that has sometimes been the case. But Maria has done something for me that I never anticipated. She made me want to be a better woman.

Ri is just starting to test me and exhibit a bit of lip. It’s bearable for the moment. Typically, after a squabble, she will come give me a hug and apologize or I will do the same. We don’t stay angry for long. I want to think it will stay this way when she’s 16 – how much can she really change? My friends with teens laugh hysterically at my question. And then I think back to me at 16. Holy hell….

I am a Type A personality – I want control over things and I want them executed, NOW. I cannot sit still for more than three minutes, and I am prone to the extremes. I could hike for 10 hours straight. I thrive on constant action. Maria loves to savor her time. She could sit down to an amazing meal for five hours and simply enjoy the company and the deliciousness of the food. I would scarf mine down in 10 minutes and say “where are we off to next?!” Ri loves to rollerskate and rock climb; she could skip intense competition altogether. Ri is a daredevil. She would skydive or bungee jump in a heartbeat; I would rather have my eyes poked out. Ri listens and feels down to her core. She knows how to be in the moment. I barely savor a bite of my double chocolate chip scone on Sunday morning. These personality differences – along with raging hormones – are bound to cause some strife, but I am still confident, as Ri turns 12, that we can weather it. After all, I have the two women who weathered it with me giving me advice and solace during these times.

Ri is a fun kid – rarely in a foul mood – and she loves to have a good time. Even a ride to Target ends up amusing with her. She throws herself into the world – not caring if people look at her funny or think she’s weird. One of her mottos could be: “This is me – take it or leave it.” I’ve commented on numerous occasions that she may want to re-think wearing pj’s and roller skates to the coffee shop. Her response: “you tell me not to care what people think, so I don’t. Let’s go!” She would rather spend a day with her cousin Elena than go to a friend’s party. She is loyal to family, and chooses time with them over anything else. She’s non- judgmental and gets along with most everyone no matter if they are a star athlete or grunge. The other day I rolled my eyes at a lady wearing spiked heel and a crop top in the library. Maria counseled me: “you don’t know where she’s from or what she’s like so don’t judge her, mom.”

I imagined having a daughter would be exciting – getting to raise a female to conquer the world! I would teach her how to play softball, read books about strong women, take her to inspiring events. And it has been all that and more so far. But what I didn’t realize was how much Ri would influence me. I recall reading one of Shirley MacLaine’s books before I even contemplated kids. She talked about her daughter and believed that her daughter was her mother in a past life (love Shirley and her belief in reincarnation). I often think the same about Ri. How many times has Ri corrected me or reminded me of how to act?! I cuss and she gives me the glare. I’m inpatient and sighing, she tells me to calm down.

She makes me consider what is important in life. She gets me thinking about new experiences. She pushes me to try new foods and relax for her homemade facial. She makes me jump off the inflatable when I’m scared to death. She sprays me with the hose while I’m in my work clothes and has me laughing about it minutes later. She has me question why I feel I have to wash the floor when I could be playing Yahtzee instead.

She quashes my ego; it’s no longer about me, me, me but about her, her, her forging a life that is spontaneous, joyful, genuine, and open-minded.  It is such a gift to watch her grow up. Happy 12th Ri!  I am eternally grateful you are my daughter. 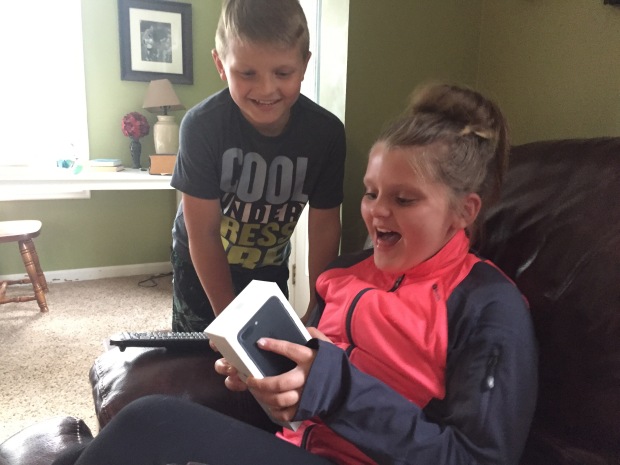 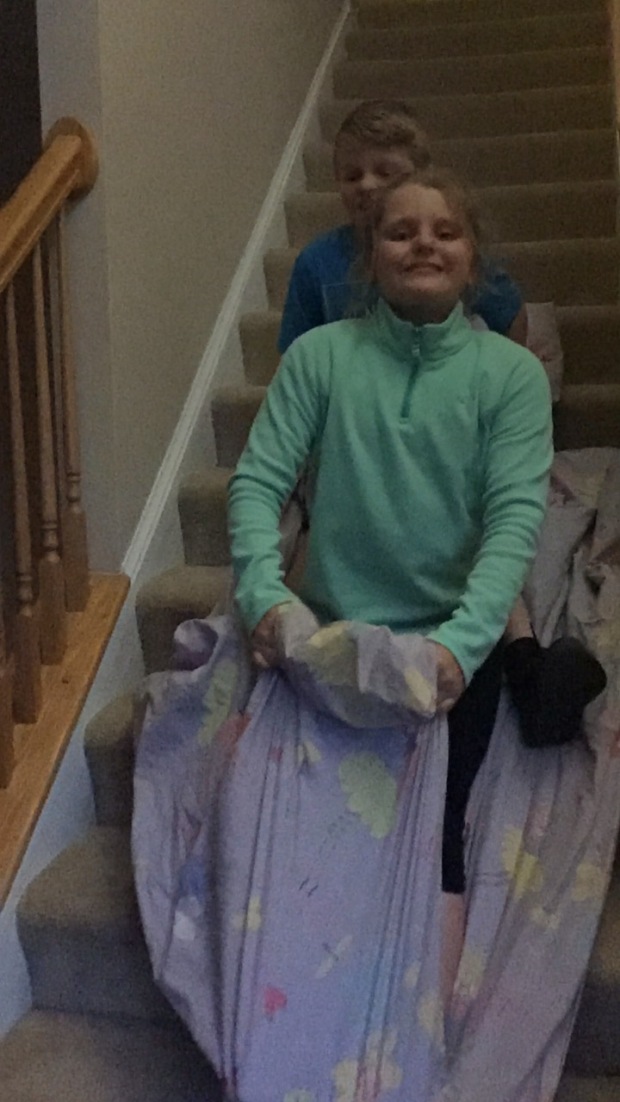 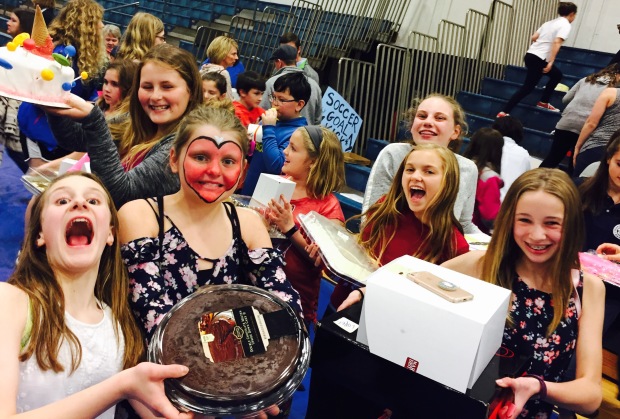 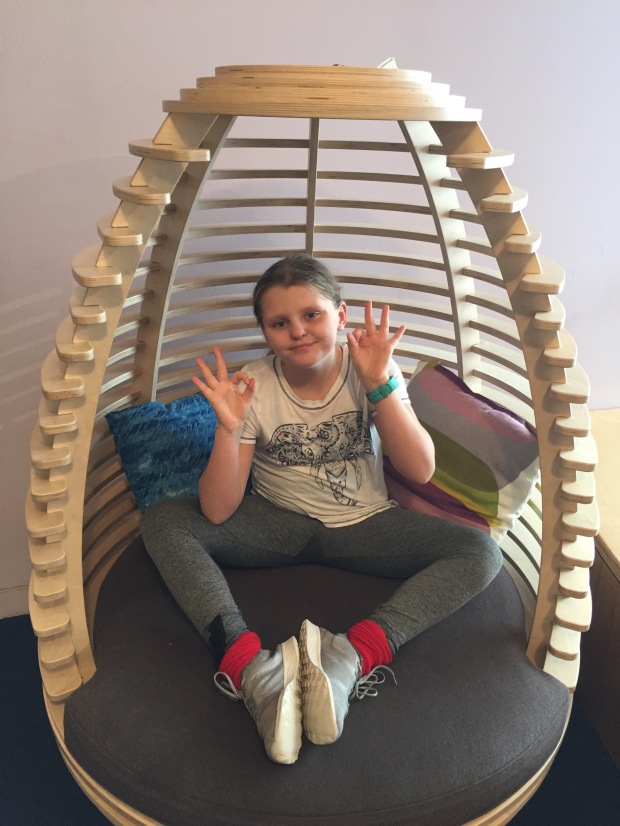 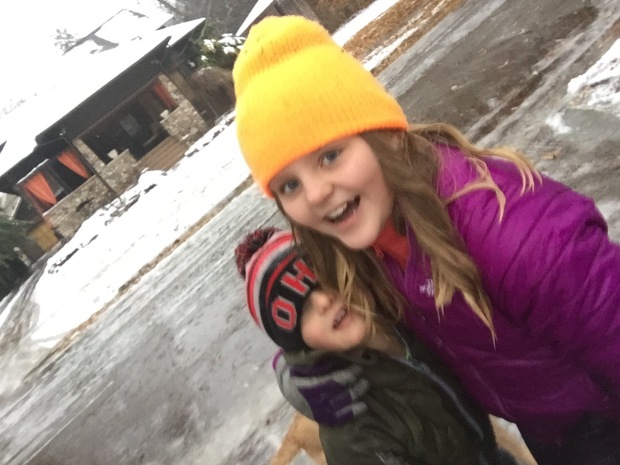 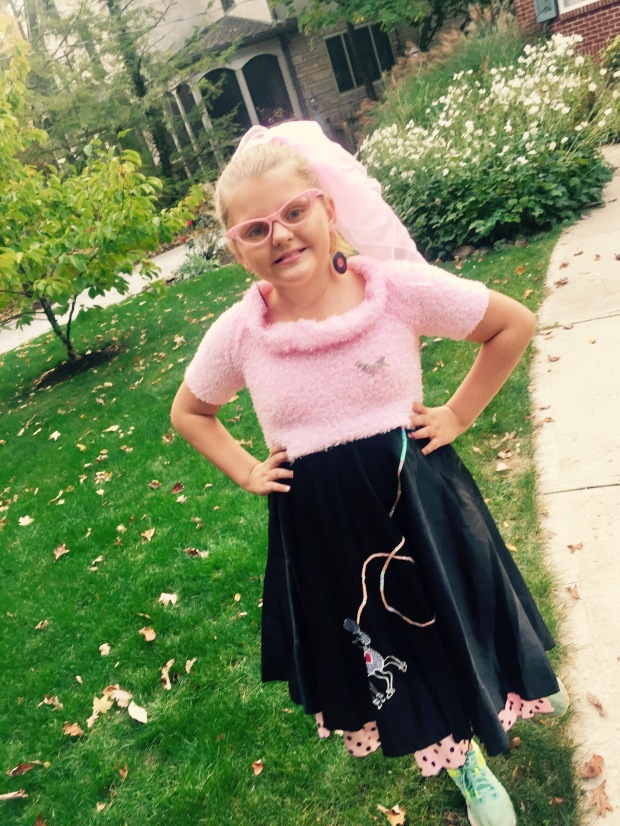 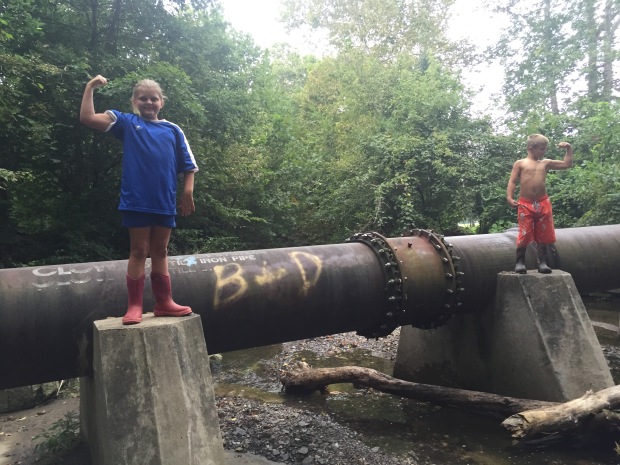 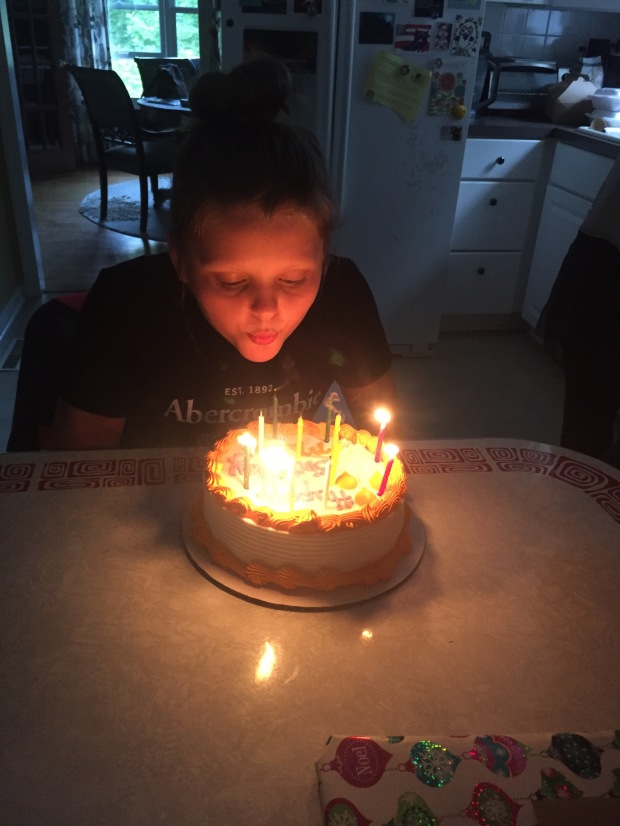