Maria had her eighth-grade dance on Friday night. We hit the jackpot with the first online dress we bought. She loved it, it looked spectacular on her, and I did not need to go into a shopping mall. Win all around! Being on student council, she had the task of coming up with the theme of the dance and decorating for it. They decided on a Hollywood awards theme and she ended up winning “most likely to become a millionaire” (and take care of her parents). The boy who also won it is the boy she has had a crush on for quite a while. Hilarious. I heard from her friends that some of the girls danced but the boys basically sat against the wall. Nothing has changed from the 1980s. 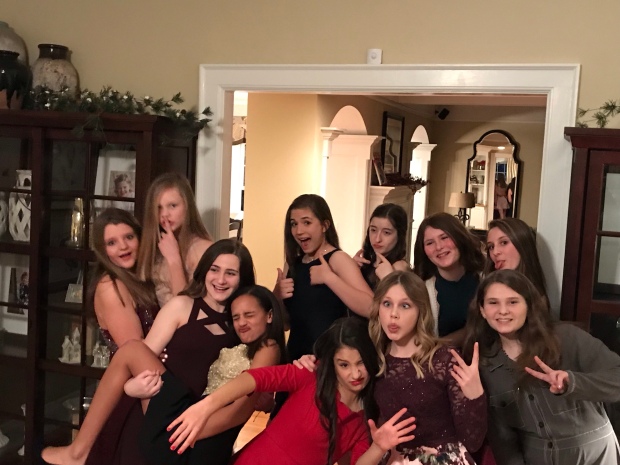 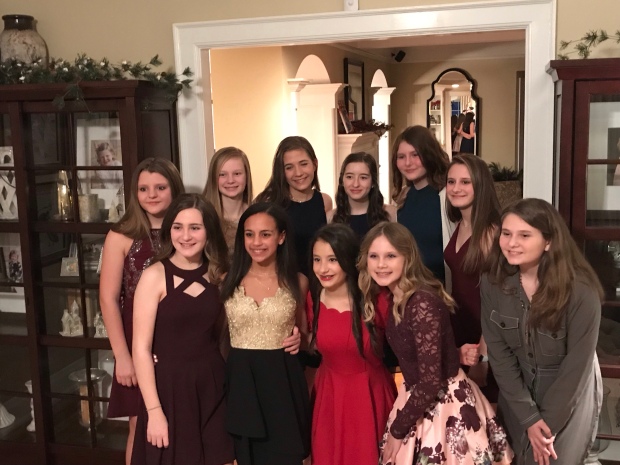 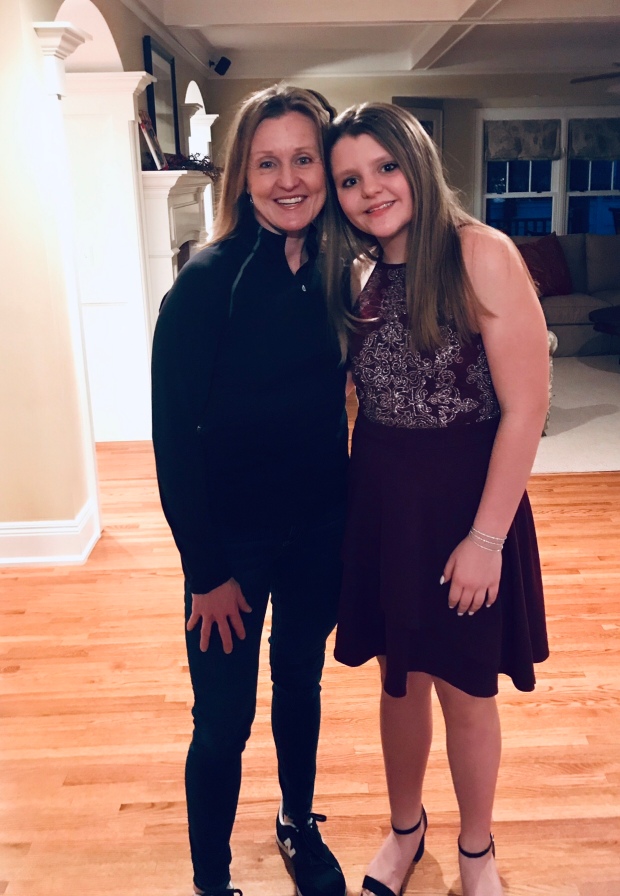 Jon and I realized that we had tickets to see John Cusack on Friday night. We realized this on Wednesday evening while talking with Jon’s brother and sister-in-law at the house. They stopped by late in the evening as they were heading to Colorado. The conversation turned to Christmas gifts and Jon’s brother asked him what he got. We both looked at each other in concern. Had we forgotten to go to our John Cusack event? I had bought Jon the tickets for his Christmas gift and we had forgotten all about it. Luckily, we had not missed it; however, it was two days away. We found someone for Mario to hang with because he gets scared being at the house by himself.

Maria wanted a bunch of her girlfriends to come back for a sleepover after the dance, which we allowed. What were we thinking? We came back to the looks of a sorority house at 4 AM. The kitchen was trashed with empty chip bags, cake mix and batter all over the counters and floor, and random freezer pop plastic tubes with remaining Popsicle juice everywhere. The girls were pumped up on sugar and laughing hysterically in the basement. Jon and I hit the sack at midnight and could hear them loud and clear for some time. We keep saying that this is just our insurance for when we get older and the kids need to watch over us. They better come to our side after we allowed all this!

Jon was a saint and took all of the girls to the eighth grade boys basketball game in Whitehall at 9:30 AM the next morning. They got to see their opposite sex classmates win the championship, and then Jon took them out to lunch afterwards. He is a sucker. Maria got home and headed right back out the door for a Girl Scout campout from Saturday night until Sunday. She loves these types of weekends – filled with friends. 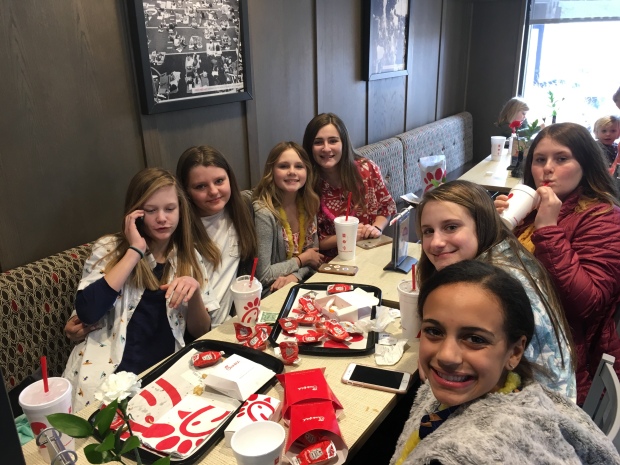 Mario was charged up that Jon and I had something to do on Friday because he got to spend the night with his buddy. His buddy’s mom took them to Target to and they ended up riding bikes around the store. I guess the teenagers who were managing the area didn’t care. Gotta love them. He also managed to buy a whole pack of Oreos that he chowed down through the night. I took him to his basketball lesson on Saturday morning, and he felt good about his shooting for the tournament game that evening. He wanted to come home and show me all of the moves he learned. After he did that, I told him he had to help me fold laundry. He agreed but on one condition – that we watch the most famous dunks on Netflix while we folded laundry.

Peepaw came in on Saturday evening to watch him in Marysville. He got treated to a blowout with Mario making over 10 points. Grandma Ionno came in on Sunday morning for the 9 AM game and got treated to another blowout with Mario making quite a few points as well. But then the noon game came – and the team could not make shots to save their life. I could see Mario’s frustration from a mile away. The team he was put with for this tournament are good kids but a few of them lack the passion and drive that Mario has for the sport. That, in addition to Mario not getting his shots in, caused him to look very flustered on the court. I kept trying to yell for him to get out of his head but he was tuning us all out. Jon finally took him out in the last minute because he was complaining so much. He has got to learn to be a team player and to not blame others or the refs (even if they may be at fault). He’s gotta recognize his own flaws as well. But, a lecture right after the loss was not going to go anywhere. He had calmed down within 15 minutes and even managed to say “love you” when we left him to watch his buddies play another game. 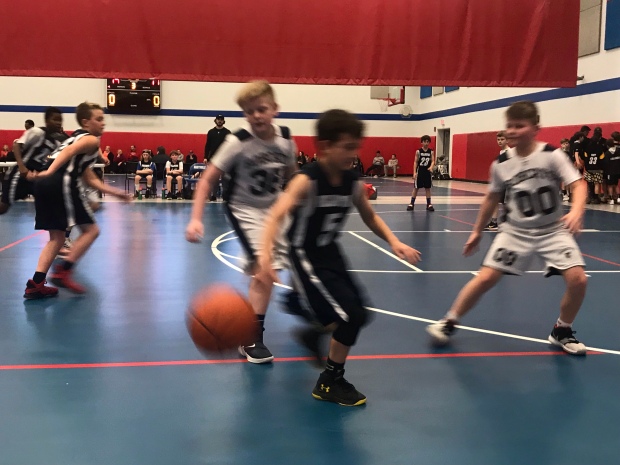 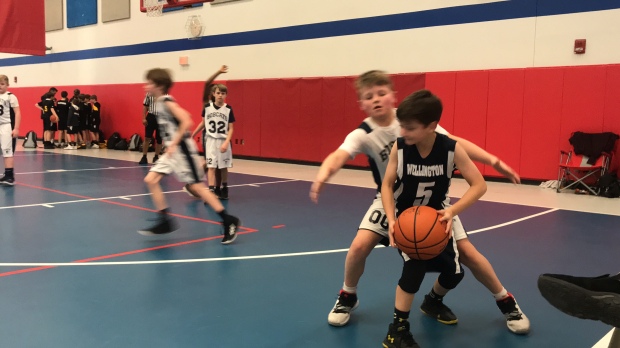