Mario has always been more interested in the outdoors than Maria. It is funny because Maria grew up going to the farm and loves being there. However, she could probably stay inside her grandparents’ house all day baking, coloring, watching Netflix, and playing games, without any inkling to go outside and take a hike in the woods. Mario grew up with Grandma and Grandpa Ionno. They didn’t have woods to play in but they did have a big backyard and a pond at their condo. I remember Patty calling me to tell me that she and Mario went fishing in her pond, and how much he loved it. Mario also grew up fishing with Jon at big Mario’s house when they traveled there on the weekends.

Recently, Mario has been fascinated with living off the land. He informed me on one of our car rides together that he wishes he could just take a month and go somewhere remote in order to survive by himself. Fifth grade camp did a doozy on him. There was a survivalist session during camp; Mario loved it. He made fire with flint and stone. His primitive soul ignited.

The other weekend, he researched good places to fish near our home. He found a place a few miles away near downtown – Scioto Audubon. Jon and I had wanted to get yard work done but when Mario begged me to take him fishing, I could not resist. He got his fishing pole and his lures together as well as a couple of chairs for us to sit. It was precious. We found the fishing dock; it was pretty busy with people that had clearly been there for a few hours. We were able to cozy our way to a little bank of the river and Mario placed a lure on his pole. A couple next to us started hollering. The woman had caught a tiny fish. It was hysterical.

I watched him cast his line and stare out into the water as he slowly reeled the line in. He’d get a bite here and there and tug up on his pole. I’d lean into him to watch him work it. He’d bring the line in and lament how the fish just nibbled and wouldn’t latch. He’d begin the process again. Watching Mario cast his line and focus all of his attention on that line out in the water reminded me of a podcast I listened to a while back where the speaker talked about prayer as being “absolute unmixed attention.” Here we were at the shores of the Scioto amidst fishing strangers, praying. 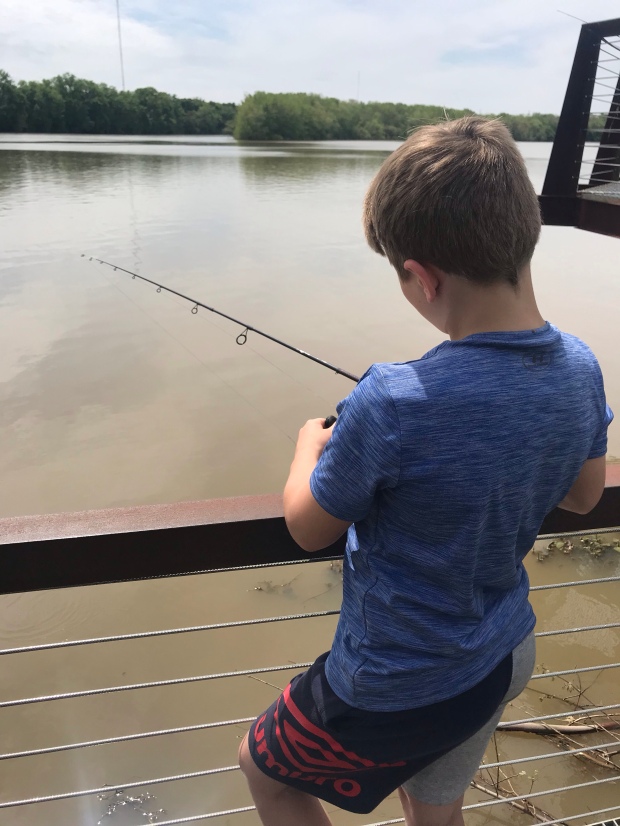 Mario, Ri and I traveled to my parents’ farm this past weekend. Mario was excited to fish. Peepaw had agreed they could fish from kayaks. Mario saw a couple of guys in kayaks when we went to the Scioto and mentioned that he thought it would be fun to fish in one. Leave it to Peepaw to agree. They left for Seneca Lake and we’re gone for nearly four hours. I was heading down the grassy hill from a hike with Rocco when I saw Mario standing next to the shed.

I walked over and he showed off his catch – a huge catfish. It had to weigh three pounds. He had also caught a saugeye and a blue gill but released them. He was so charged up. I stood with him as Peepaw taught him how to cut and filet the fish. Watching my dad teach him and watching Mario soak it in made me smile.

We grilled up the catfish to add to the chicken and veggies that had been planned for the evening. Everyone told Mario the fish tasted delicious. He agreed, and begged to go back out after dinner. 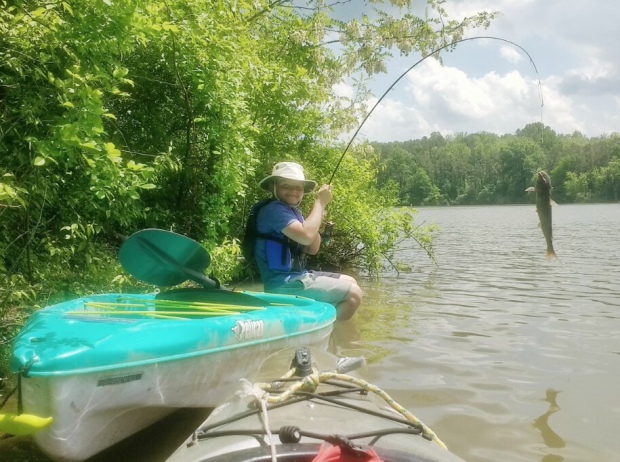 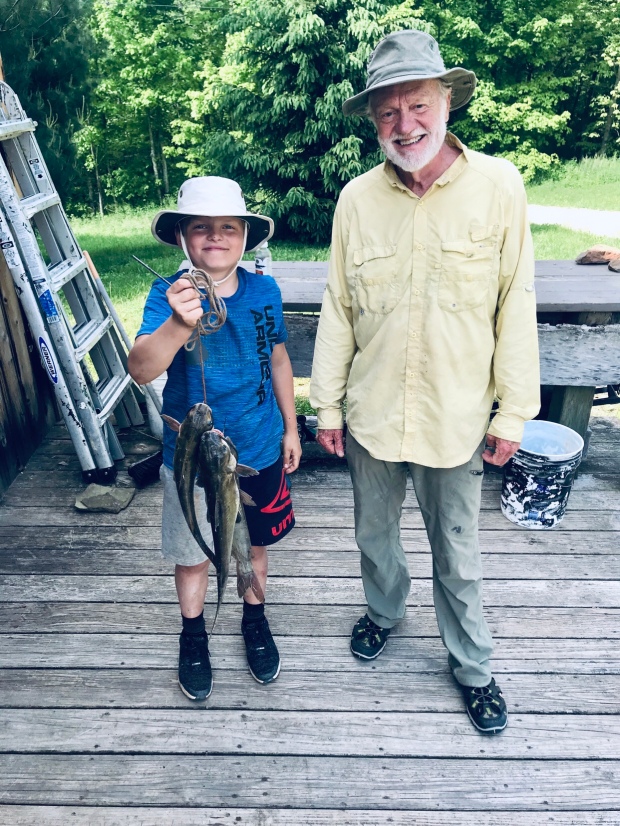